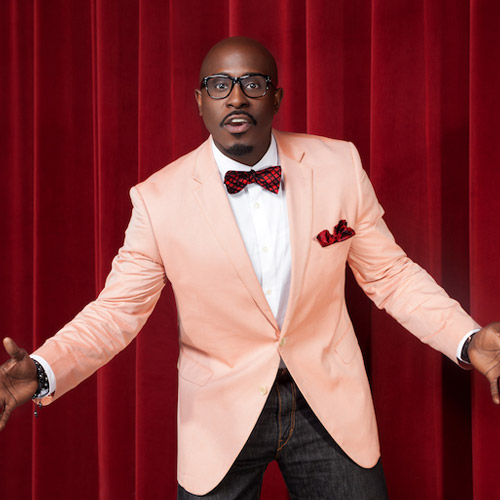 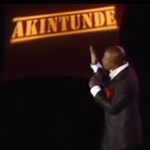 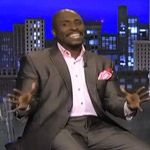 Hilarious , bold , fresh , and groundbreaking are just a few of the adjectives used to describe Comedian Akintunde. But first and foremost, he is a servant, husband, and father of 5 who loves GOD, loves his wife ,Eunissa, loves his children, and loves to make people laugh. But after 20 years as a comedian, Akintunde feels as though he is just getting started. Why, you may ask, would someone with scores of national television and radio appearances feel as though they are just getting started? Because now, the veteran stand up is no longer just on a career path, he is on assignment from GOD. Akintunde laid down his own personal career aspirations, and accepted GOD’s assignment to Entertain the Body Of Christ, and draw the world to Christ through stand up comedy, writing, acting, producing, and directing!

Since accepting GOD’s assignment, Akintunde has done just that, and consequently, has been nothing but blessed. In 2003, he was named joke/ monologue writer for the syndicated television series “Its Showtime at the Apollo”. In 2004, he wrote the monologues for Comedian Monique for the annual “BET Awards” ceremony. That same year, Akintunde recorded his first live comedy album, “Brutally Honest Live at Right Direction”, and began a national tour under the same title. Shortly thereafter, Akintunde was blessed to re-team with fellow comedian Chris Tucker as his monologue writer for the “2005 NAACP Image Awards”. He has appeared in front of thousands as a performer and host on the Family Expo Stage and the comedy show at Bishop T.D. Jakes’ “Mega Fest” 2005 and 2013. Some of his televised appearances include BET, TBS, The Word Network, TBN and The Gospel Music Channel. Akintunde has also made multiple appearances on the Stellars Awards Gospel Music Show. In 2008, he debuted his syndicated radio show, “The Akintunde Show” and this property has now been expanded through a partnership with Rejoice Radio Network and Broadcast Affiliate Sales.

In addition to his regular comedy schedule, Akintunde has either been featured on or headlined, 8 national tours in the past 5 years (including “The Brutally Honest Tour”, “The It’s Time 2 Laugh Christian Comedy Tour”, The Gas 2 High Comedy Tour”, TBS Tyler Perry’s “Meet The Browns Comedy Tour”, “The Rebirth Of Comedy Tour”, “Radio-One Family Comedy Tour”, “The Acquire The Fire Tour”), and toured with Pastors Creflo and Taffi Dollar on the “Change Experience” Tour for 4 years! He signed an agreement with Arrow Global Entertainment, becoming their first Comedian, and will release his first title under this agreement and a partnership with E-ONE Entertainment, “Akintunde Live from Atlanta – The Truth, The Whole Truth, and Nothing But.” Akintunde is also, a sought after screen and television writer (with over 350 oiginal tv episodes of writing credits). Recently, he just wrapped 2 seasons as “Head Writer” and Producer for BET Networks, “The Monique Show”.

Other highlights include, Blaze Mentoring, a full service after school program founded by Akintunde and his wife, Eunissa; plus, The Search For The One stand up comedy talent search which has awarded over $25,000 in cash and prizes to Christian & Gospel Comedians over the past 6 years. Look for great things from this anointed comedian! Many within the Body of Christ are looking to Akintunde to, as one pastor put it, “Revolutionize the Christian entertainment industry.” Says Akintunde, ” I used to shun all compliments and predictions of my assignment. But, I can now receive it as prophetic words from God knowing full well that it has nothing to do with me, it’s God’s anointed power given to me. So, he gets all the credit⋯Not Akintunde
.