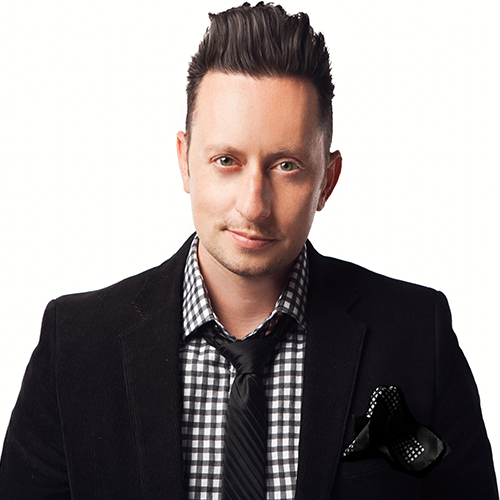 Step in the Name

Such A Time As This

CURRENT #1 BILLBOARD GOSPEL ALBUM “I GOT OUT”

With his sophomore release, I Got Out (Little Boy Wonder Music, Flaydo Music and Fuel Music), classically trained pianist and rising gospel star Bryan Popin (pronounced POP-in) steps into his musical calling to reach out and share the love, pain and encouragement taken straight from his own experiences. A body of work that took almost three years to complete, the project was born out of Popin’s desire to assess his “next steps” after going through a series of difficult and unexpected life challenges that could have easily shaken his faith. He made a promise to God to not only be honest and transparent in sharing his struggles, but to ultimately be as intentional in celebrating his victories over all of them. I Got Out isn’t merely a title for this new musical offering, it also serves as the project’s prophetic theme that Popin hopes will connect with and encourage every listener.

The title cut and chart-topping radio single “I Got Out” is a swingy congregational anthem with a contemporary edge that compels you to sing along. It features production from super-producer AyRon Lewis (Kirk Franklin, James Fortune, Bishop Paul Morton Jr. et al.) and vocals from Pastor CeCe Winans’ Born Again Church Choir. The sonic urgency of the track can be attributed to its overwhelming backstory. Four years ago, Popin’s musical career suffered an unexpected dry season. As with any financial setback, marital and familial tension began to set in. With a possible bankruptcy on the horizon, he was forced to place the property he and his family hoped to build their dream home and recording studio on up for sale. At the end of his proverbial rope and nowhere to look but up, Popin began to shift his energy and focus to serving others. “I found myself willing to let go of me and care more about others, helping others more and living a life with a heart to worship through my mess,” says Popin. “As soon as I stopped stressing about my situation and knew God was going to work it out, the song “I Got Out” was birthed in my heart spiritually as a message of hope before I even really got out of the situation naturally.” The most exciting part of his testimony is that Popin shares this part of his story from his dream home and recording studio built on the very same property he almost had to sell. God did it, and yes, Popin got out!

I Got Out is packed with additional personal testimony-driven songs. The album’s opening track “Step In The Name” will make you dance not only because of its infectious groove and assertive lyrics to “just let go” and “step into your miracle,” but because its inspiration came from a less than joyous time he and his wife had to go through. Popin explains, “My wife Susan couldn’t get pregnant for 10 years. It was a very trying time for me, but especially for my wife. Remaining joyful became more and more difficult.” Once Susan was able to get pregnant, she suffered several miscarriages and the couple faced further discouragement and depression in relation to their season of infertility. During this time, God dropped in Popin’s heart what he refers to as “this little melody of joy” that inspired the song. “To step – meaning dance, brought joy into our hearts and reminded us to praise our way through it. As God began to give my wife her joy back, the depression began to leave. Faith and hope began to surface, and then, she got pregnant,” Popin shares joyously. Five children later, it’s his hope that the song helps facilitate true joy in listeners’ dark places and becomes their soundtrack as they step/dance their way through any situation.

“You’re Gonna Live Again (Bella’s Song)” is one of I Got Out’s more contemplative tracks. It’s a soaring worshipful ballad that originated out of a time when Popin’s daughter Bella suffered a series of bullying incidents that escalated to a violent attack. As a father, he naturally wanted to defend and protect his daughter at all costs. The accompanying frustrations of seeing her suffer and authorities deal with the incidents was extremely difficult. As usual, God gave a song to encourage Popin and his family. He recalls, “It spoke to my family, my daughter and me. It reminded us that this season too will pass, that Bella would come out of this and continue to pursue her dreams. It wouldn’t crush her, nor our family.” Popin’s hope is that this song encourages listeners in the midst of overwhelming struggles in that very same way – that no matter what life has dealt you nor what someone has spoken over you… You’re Gonna Live Again!

As if life and the experiences that go with it aren’t tough enough, it’s no secret that life and specifically the music industry can take a toll on one’s spirit. Popin has admittedly dealt with his own share of insecurities over the course of his journey. On “Favor and Mercy” he tackles these issues head-on in one of the album’s most deeply innocent and personal songs. “All of my life I had to deal with the demons within that constantly told me I wasn’t good enough, that I didn’t have the right look, wasn’t skinny enough, wasn’t tall enough, or just wasn’t perfect enough. That I couldn’t sing like so and so, didn’t have the coolest friends, the right relationships or know the right people. It also didn’t really help that industry colleagues and so many others literally said: ‘There’s no way you’ll be able to do that,’ ‘There’s no way that will happen,’ ‘I just don’t see how that can work! or even, “We just aren’t sure where you fit and where to place you.’” All of that created fear, it built room for doubt to live and a spirit that constantly said ‘There’s no way God will or can use me.’ It has been a continuous journey and a process, but I’ve learned how to work through it all, and I’ve learned to stay true to what God has called me to and what He has already done for me and that it’s not what people say or think about me, but rather what He says about me. I’ve learned how to not let it get me down and steal the best of me. Through the process of life, it is important to look back and take the time to be thankful for the good and even thankful for the bad and to simply say… favor and mercy please continue to follow me. That’s the story behind this very personal song.”

I Got Out features top notch collaborations with two of today’s best gospel voices. BET Sunday Best Winner Tasha Page-Lockhart joins Popin on “Beautiful Savior,” an audacious cut with a sound that goes beyond the genre and musical expectations one might not usually associate with Tasha’s vocal stylings. After hearing Tasha minister arena-sized fervor at a small church event they were both a part of, Popin knew in that moment that he had to have her on this song. “She was all heart and that’s just what this song needed,” he recalls of their instant connection. Gospel and television superstar Tamela Mann rounds out the album with an updated soulful version of “Alright.”

Bryan Popin has appeared at Bishop T.D. Jakes’ Megafest as well as the International Pastors’ & Leadership Conference. He’s shared his music around the country in churches and before thousands. Popin has also had numerous television appearances including a recent performance on BET’’s Joyful Noise, hosted by Tye Tribbett.

A philanthropist and humanitarian, Popin especially lends his support to three notable charities. “The Sphinx Organization” is a national arts and youth development organization based in Detroit, Michigan dedicated to transforming lives through the power of diversity in classical music. They fulfill their mission through artist and ensemble development, national and city-wide music competitions, and through educational programs, like Sphinx Overture, offering introductory music education, free violins, and free group lessons to students in underserved communities. “Lifewater” helps to provide and establish clean water wells to much needed communities around the globe. Their vision is a world where every person has access to safe water, improved health and sanitation, with the knowledge and understanding of Jesus’ love and compassion. “Compassion International” is a Christian child development organization dedicated to releasing children from poverty. They work through local churches to provide child development programs to deliver children from economic, physical, social and spiritual poverty, enabling them to become responsible, fulfilled Christian adults. They speak out for children in poverty – informing, motivating and equipping others to become advocates for children.

Bryan Popin is a native of NJ. He is married to his wife Susan and they reside in a suburb of Nashville, TN where together they raise their 5 children.